It started with a reveal that had the internet thirsting; it ended with voice actress Maggie Robertson winning best performance at The Game Awards. 2021 was the year of Lady Dimitrescu.

The tall vampire lady of Resident Evil: Village is truly the icon of the game – so much so that her infamy has transcended the game itself.

Lady Dimitrescu was first revealed at the Resident Evil Showcase in January of this year, and it didn’t take long for fans to collectively lose their shit. In fact, a few snippets of footage in a teaser before the event was enough to gain the…interest of fans.

“Well, well Ethan Winters. There you are,” she purrs, stooping through another doorway. Our response? Step on me, mama.

The hype and thirst for Lady Dimitrescu following her reveal was so strong that art director Tomonori Takano publicly stated her official height – 9’6″ to be exact – sending the internet into even more of a spin. It only continued once the game was finally released on 1st May.

Your love for Lady Dimitrescu is loud and clear. ?

Here’s a message from our RE Village art director Tomonori Takano, along with a very curious fact you may have wondered about: pic.twitter.com/Lj4m5pN2dJ

What followed was a year of memes and collective thirst. There was Lady Dimitrescu dancing; Lady Dimitrescu on the phone and as a Twitch streamer; mods with Lady Dimitrescu supersized assets; countless cosplays and gifs. She had us asking what would really happen if she stepped on us? She had us copying her makeup looks. And in Eurogamer’s own Pride Week, we discussed her alignment with the LGBT+ community as Robertson said “gay rights!”.

In a well-timed poll later in the year, fans voted Lady Dimitrescu as the sexiest video game character ever, ahead of the likes of Zagreus from Hades, Urbosa from Breath of the Wild, and Tomb Raider’s Lara Croft.

Her appeal isn’t just about height though, or the way she seductively laps at the blood of Ethan’s freshly cut wrist. It’s about female domination. It’s about the sexual fetishes of macrophilia and trampling. It’s about the long history of overpowering female characters in myth and literature. And it’s about the campy fabulousness of a giant woman in a lovely hat.

Part of Resident Evil: Village’s charm is its adoption of gothic horror tropes. There are vampires, werewolves, ghosts and more, all presented in exaggerated camp form but with a typically Resident Evil scientific explanation. This isn’t a complete fantasy but a game about viruses and scientific experiments, after all.

Lady Dimitrescu embodies all of this, straddling the line between horror, sex, and (somewhat comedic) camp. What’s so remarkable is the towering impression she left on players and the internet with her look and endlessly quotable dialogue, despite only featuring in one particular section of the game. She stalks us through her castle – the first of the lords we encounter – and then she’s gone, that wide-brimmed hat casting a shadow the others never quite match up to.

Village may not be the best game of the year. It combines the best bits of previous Resident Evil games into a horror theme park ride, but is a little too tonally inconsistent (especially towards the end). Yet there’s no denying that Lady Dimitrescu is the most memorable character from gaming this year.

This is Lady Dimitrescu’s 2021, and we’re all just stupid men things. 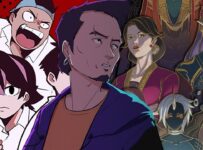 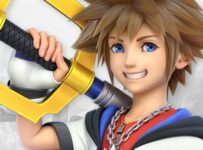 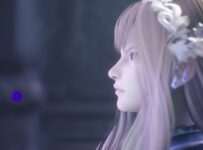 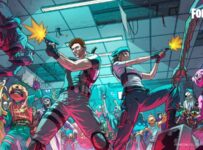 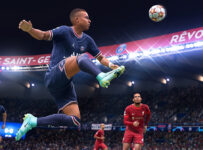 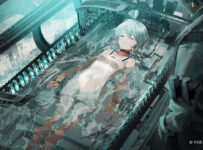