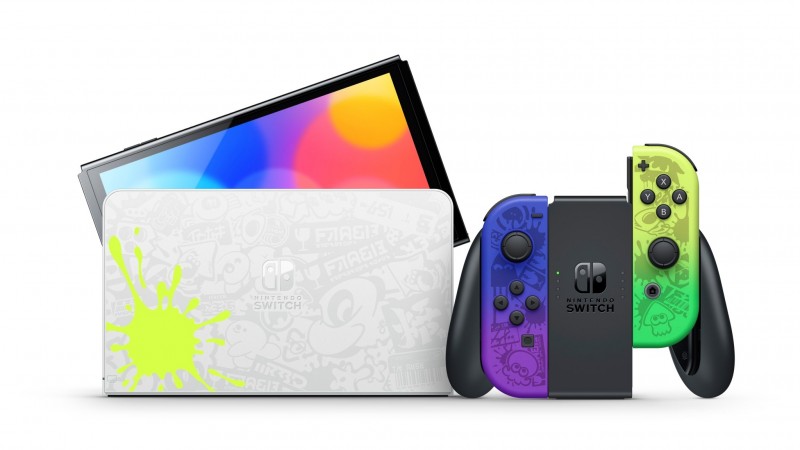 Are you looking to add a splash of chaotic color to your Nintendo collection? A Splatoon 3-inspired special edition Switch OLED is dropping later this summer. Moreover, a Splatoon 3 Pro Controller and Switch Carrying Case drops in September. Splatoon artwork and paint splotches adorn both items, with the standard Switch Joy-Cons sporting white underbellies and gorgeous iridescent/gradient designs. You can check out the console and its accessories by clicking on the Twitter thread below.

“You’ll engage in chaotic 4-v-4 Turf War clashes across a mix of new and returning stages, where teams face off to cover the most ground in their ink to win, and discover features, weapons and the trendiest gear this side of the sun. Splatoon 3 also features a single-player campaign and the next iteration of the co-op Salmon Run mode. Join Agent 3 in the single-player story mode for a fight against the unruly Octarians and discover the secrets of a mysterious place called Alterna and the Fuzzy Ooze. When diving into Salmon Run, you’ll ink up with teammates to fend off waves of dangerous Salmonid bosses, some of which are colossal in size!”

Splatoon 3 drops on Switch on September 9.