The new consoles are now firmly here and present (despite stock not being quite as easy to find), and whether you’ve managed to grab a new Xbox already, are getting ready to grab one soon or you’re simply building on your lovable library of Xbox One games, there’s a lot to pick from. And though the new consoles aren’t likely to be discounted soon, the fact that most of the games will carry over means you can grab a deal on bestsellers now, or stack up on the best subscriptions like Xbox Game Pass or Xbox Live Gold for the near future.

So whether you’re looking for a new Xbox Series X or S, Xbox games, controllers, Game Pass Ultimate subscriptions or accessories, there are plenty of great deals to tuck into this month. If you’re looking for gift inspiration, you should also check out our Christmas gift guide.

Before we dive in, if you or whoever you’re buying for has an Xbox Series S, it’s an all-digital console that can’t play discs. So, you’ll have to buy your games directly from the Xbox digital store, or you can purchase gift cards that can then be redeemed to spend on the store.

The Xbox Series X does play discs, but the consoles are still incredibly hard to find, with any stock that appeared during Black Friday being swiped up in a matter of seconds. Microsoft heavily discounted the Xbox One S and X consoles after they were discontinued, but we’d recommend staying clear of these and grabbing a Series S instead.

Over a year after its release and it’s still near-impossible to find Xbox Series X consoles in shops. With stock issues showing no signs of easing up, you’ll need to be quick if you do find one online.

If you need a helping hand, we’d recommend bookmarking our Xbox Series X stock updates for updates on when new stock becomes available. Another quick way to stay updated is by following Jelly Deals on Twitter.

The Xbox Series S is much easier to get a hold of than its larger cousin and can be found at most major UK retailers. Some retailers are building their own bundles including controllers and other accessories while Xbox recently released a bundle including exclusive Rocket League and Fortnite cosmetics for the RRP of £249.

As the console is still in such high demand, we’re not expecting to see any major discounts on Series S bundles or consoles until next year, but you can find the best deals that are out there right now below.

While most of the Xbox’s best games are available through Game Pass Ultimate, there are plenty of third-party titles you won’t find on the subscription service. Whether you’re looking to expand your game library or simply prefer physical versions of games, check out the best deals on Xbox games below.

Even when it’s full price, Microsoft’s Xbox Game Pass is one of the best deals in the gaming world: access to over 100 games for just over a tenner every month. That said, you can save a little extra on your subscription if you know where to look.

If you’re new to the world of Xbox, you can get your first month of Game Pass Ultimate for free by signing up directly through Microsoft. After that, you’ll be charged £10.99 per month, or you can cancel and grab one of the subscriptions below for cheaper instead…

If you’ve got a Game Pass Ultimate subscription, the storage space on your console is going to dry up pretty quickly. We’d recommend grabbing an external HDD or SSD to store your games on, which will save you from having to redownload them every time. You can just move them across from the drive to the console instead.

While the PS5’s internal memory can be upgraded using a compatible SSD with a heatsink, the only way to upgrade the internal memory of the Series X/S is with the official Seagate memory expansion card. It’s pretty expensive, but it’s on sale at a slightly reduced price of £184.99 right now.

Finally, both the Xbox Series X/S support spatial audio, so we’d recommend grabbing a quality gaming headset too so you can enjoy that high-definition sound.

For more deals on the latest video game consoles, games and accessories, be sure to check out our Nintendo Switch deals and our PS5 deals. Also if you’ve got a spare mo, why not head on over to our Jelly Deals Twitter page where we tweet about console stock alerts, latest deals and other cool stuff. 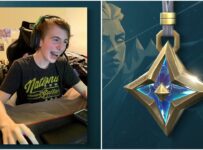 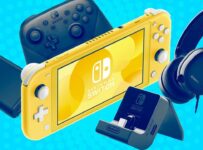 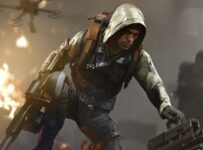 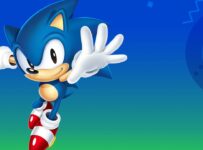