The Blue Archive Hatsune Miku’s Special Live in Kivotos: The Rehearsal Episode is now live worldwide. The event first appeared in the Japanese version of the game in November 2021. Now, people can pull for her in a new gacha and take part in rhythm minigames featuring the Vocaloid’s songs. There is also a login event until June 18, 2022 that gives people 1,200 Pyroxene, a Superior Tactical Training Blu-ray Choice Ticket, and a Superior Tech Notes Choice Ticket.

First, here’s a video going over the event. It begins by showing the Hatsune Miku unit joining the game. She’s a supporter that can heal the party. Her weapon is a grenade launcher that is actually a t-shirt cannon. It shows what happens when someone summons her to assist in battle. After that, it shows how the rhythm minigame will look in Blue Archive. When someone goes through these tracks, which can vary in difficulty from normal to extreme, they will tap in time with tunes. Among the songs appearing will be “Tell Your World.”

Blue Archive is available on Android and Apple iOS devices, and people can recruit Hatsune Miku in-game until June 28, 2022. Back in May 2022, a Bunny event appeared in-game. 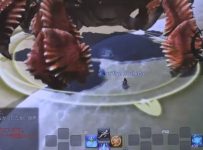 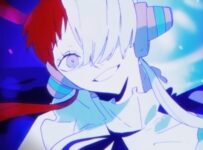 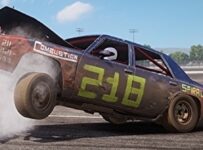