Nearly two years after its debut, Final Fantasy 7 Remake is finally available for PC. It’s a port of the PlayStation 5 ‘Intergrade’ version that came out earlier this year and as you may have seen from the headlines, it’s a contentious release to say the least. While Square-Enix’s conversion retains all of the graphical features of the PS5 game, it’s a barebones release, plagued with awful hitching and stutter problems and one of the most basic options screens we’ve seen in years from a major release.

In terms of its qualities as a PC port, we’ve not got much to say that’s positive about this game but it is important to point out that the game itself truly is great. Character models are the highlight here, with superb definition and lighting. It’s rather reminiscent of Final Fantasy 7: Advent Children, the 2005 CG film, although of course rendered in real-time. Cutscenes are absolutely stunning, with well-realised characters, storytelling and action. Battles look superb as well, with smooth animation work and vibrant GPU effects. Environments are at times less impressive, with spotty geometric density in places, along with low resolution baked shadows, but the game is a visual showcase overall. The Intergrade release delivers enhancements to lighting, textures, volumetrics and performance – in addition to new content.

Beyond that though, the positives fall off dramatically. The menu system is fine – effectively a copy of the console user interface – but the settings menu is remarkably sparse. There are options for screen resolution, texture and shadow resolution, a choice of frame-rate caps and a bunch of HDR settings. Most curious of all is the ‘characters displayed’ setting with an 11-point scale, which isn’t actually about the amount of characters displayed but rather NPC draw distance. PlayStation 4 sits at the zero level, while PlayStation 5 gets an upgrade to seven here. PC at the max 10 all but eliminates pop-in on character draw distance – one of the very, very few enhancements available over the PS5 game.

As for texture and shadow resolution, there are just high and low settings. For textures, the high setting is much the same as PlayStation 5, while low sits above PS4 for much of the art but can be worse on some assets. There’s a missed opportunity here as some of the textures on PS5 are still a little rough – something PC could have addressed. As for shadow quality, high is a match for PS5, while low simply takes the axe to the quality level. It’s not really akin to PS4 at all, which has its own approach with high resolution, unrealistically sharp shadows up-close, with an aggressive resolution cascade.

In terms of customising the look of the game, that’s your lot – and it’s a desperately poor showing. Based on Unreal Engine 4, you’d expect there to be a range of tweakables available out of the box, simply based on the inherently scalable nature of the engine and its effects – but there’s nothing here to write home about. Even basics such as anti-aliasing quality, texture filtering, motion blur toggles, ambient occlusion and such are all absent. Unreal Engine 4 also features support for hardware-accelerated ray tracing and Nvidia DLSS – great features that PC could have stood to benefit from, but Square-Enix chose not to implement them here. Even resolution selectables are lacklustre, with no support for ultrawide resolutions in a game that could have look fantastic with that feature. The limits here are baffling and there are questions to answer here – especially with Square-Enix increasing prices on the game.

This really is the extent of the settings available on the PC version of Final Fantasy 7 Remake on PC. Remarkable.

Even frame-rate support is poorly implemented. There’s the ability to switch between 30fps, 60fps, 90fps and 120fps frame-rate caps, but no way to remove the limit altogether. Square-Enix seems to want us to lock to a specific update rate because dynamic resolution scaling is automatically implemented on all settings. I mean, the DRS feature does seem to work well but fundamentally, the user should be able to choose whether they want to enable it or not – it’s been left to the community to come up with a mod to fix the pixel output. And it’s here where we discover that scalability within the game is also poor, the performance difference between lowest to highest settings is minimal to the point where there’s no real benefit to dropping down from the maximum as the auto-DRS stabilises frame-rate anyway. Ultimately, there are indeed resolution and frame-rate options in the game but thanks to the nature of their implementation, the user doesn’t have complete control over either of them.

Adding to the misfortune is performance. Final Fantasy 7 Remake has intrusive stutter in general play, regardless of how high-end your hardware is – and it’s particularly bad in the game’s dense town areas. Adjusting resolution down seems to reduce some of the extended frame-time spikes but the underlying problem remains to the point where a Core i9 10900K with an RTX 3090 fails to deliver a consistent 1080p60, a laughably meagre challenge for the hardware at hand. Changing the frame-rate target doesn’t help either as the stutters remain even at 30fps – and yes, perhaps predictably, the 30fps cap also causes inconsistent frame-pacing with v-sync enabled. The end result is that because of the stutter, the whole PC experience is disrupted, while there are no such issues at all on PlayStation 5 running the exact same game content.

We really liked this game on consoles – especially the PlayStation 5 version, which runs very well indeed.

These stutters are at their worst when traversing the environment and tend to stop when the character and camera are stationary, suggesting shader compilation issues may be at least partly to blame. UE4 does tend to exhibit these issues in several PC releases, so I suspect that’s part of the problem. However, I found there’s one way to almost completely fix the issue and that’s to run the game under DX11 rather than using the standard DX12 codepath. Simply adding a -dx11 command switch into the Epic Games Store launcher switches the game to DX11 and I found that almost all of the stutter was gone. This can cause v-sync problems in-game, but this is solved via hard-locking v-sync via your GPU control panel.

It’s a near-miraculous turnaround for a game that otherwise runs sub-optimally. It’s not quite up to the level of stability that you’d expect from a top-tier release like this, but most of the time there are no issues, at least on my system. And it’s at this point where we can start to appreciate the game again: Final Fantasy 7 Remake looks beautiful and the improvements from the Intergrade version are welcome. There’s a distinct sense that the PC just isn’t good enough, however. The game has virtually no meaningful graphics options and there’s no support for advanced PC features. At max settings, the only visual improvement over the PS5 version is a minor increase to NPC draw distance. You have the option of running the game at high frame-rates and resolutions, of course, but that’s basically the extent of the improvement.

It’s a remarkably lacklustre release, the disappointment becoming even more profound when you look back to Final Fantasy 15, Square-Enix’s last major Final Fantasy game on PC. That came with options for massively upgraded foliage, higher detail assets and voxel-accelerated ambient occlusion, among other cool features. It was a demanding game but it came with some top-of-the line PC features for its time – and yes, it embraced DLSS too. True, it was the less effective 1.0 implementation but FF15 gave the impression of a game that set out to be the best that it could be on PC, an approach that seems entirely at odds with this new release.

Final Fantasy 7 Remake on PC is a flawed, barebones release. It’s a game that I love – I’ve beaten it twice – but this version is nowhere near good enough. 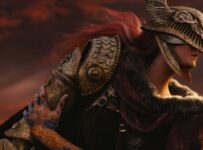 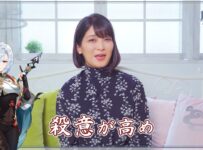 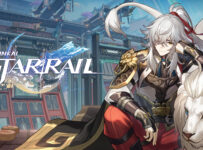 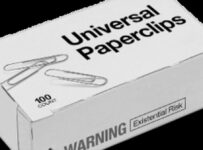 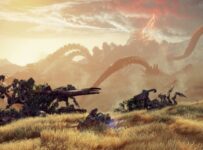 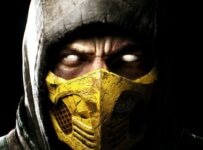