Suzume no Tojimari  (lit. “Suzume’s Door-Locking“) is the next film from Your Name and Weathering With You director Makoto Shinkai. It’s his first film since Weathering With You premiered in 2019. Toho debuted the first full trailer for Suzume no Tojimari on July 15, 2022. A short teaser debuted on April 10, 2022, after Toho confirmed the film’s November 11, 2022 opening date in Japan.

Check it out below.  The Suzume no Tojimari trailer is set to the film’s theme song, “Suzume,” and English translations of the lyrics are available via closed captions.

The Suzume no Tojimari trailer opens with footage of the protagonist, 17-year-old Suzume. She’s played by actress Nanoka Hara, who rose over 1,700 other audition candidates to secure the role. What’s more, Suzume no Tojimari is her first anime voice-acting credit. She also sings the theme song.

The film’s signature visual of a lone door standing in a flooded ruin takes prominence as the center of supernatural happenings in the film. The story of Suzume no Tojimari focuses on Suzume’s life in a quiet Kyushu town. There, she encounters a mysterious young man who is “seeking a door.” When she opens it, other supernatural doors open all across Japan, unleashing catastrophe on those nearby. It’s up to Suzume to close the portals and prevent further destruction. Other shots from the Suzume no Tojimari trailer include vistas of urban, rural, and mystic scenery, an animated chair, a mysterious cat, and a journey across Japan.

Suzume no Tojimari opens in Japan on November 11, 2022. Crunchyroll, Sony Pictures, and Wild Bunch will handle international releases outside Asia and are targeting a release window in early 2023. At this time, Asian release partners have not yet been confirmed. 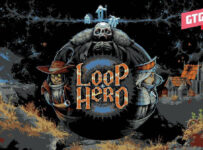 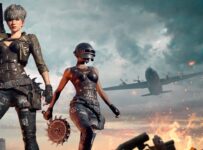 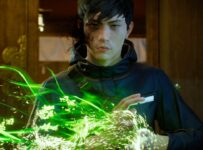 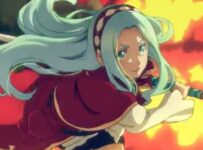