The Kids We Were is the sort of game that’s good at evoking all sorts of feelings, even if you aren’t familiar with the people or places. It draws upon certain staples. Exploring a small town connected to your roots. Interacting with family. Solving mysteries. Taking things slowly. Of course, it also helps that it has a surprisingly fun localization and its voxel appearance lends itself well to the theme. The result is something with high stakes, but that can somehow also feel relaxing and motivating.

Minato’s family consists of him, his mother, and his little sister Mirai. However, he knows his dad is out there. He saw a letter suggesting he lived in Kagami, the town where his mom and dad grew up. Fortunately, there’s a memorial the three are heading to attend. Given his sister is gravely ill and his mom seems to perhaps be hiding her own sickness, help might be necessary. But when Minato and Mirai learn the truth, they discover even more potential heartbreak.

And yet, there’s hope. A priest at a temple offered a notebook Minato’s father left them. It directs Minato and Mirai to solve the seven mysteries of Kagami and meet a girl named Nozumi. With a little bit of time travel, he gets the chance to head into the past to go over what happened in the town and potentially shape the future.

We know there are things at stake in The Kids We Were. There’s very little subtlety to the story. It’s also filled with bad situations. Minato’s only living family members both aren’t well. We see people in Kagami doing terrible things. Alongside heartwarming moments, we’ll see abuse and murder. But it’s a situation where the game is shows both the bad and the good. And as people wander around town and piece things together, there’s a sense that Minato maybe could make a difference.

The way The Kids We Were is constructed also sets its tone. First, the pacing is enforced. The town of Kagami isn’t terribly large. However, Minato’s walking speed makes you go along at a leisurely pace. It isn’t bad. I would have appreciated a means of speeding up. But it feels like it really hammers the idea of slowly exploring an old-fashioned town home.

There’s also the approach. Kagami looks like a rural Japanese town when you first visit. Once the time travel kicks in, things look even more rustic. The voxel approach sets it up even more. It evokes the sense of a pixel game. However, there’s a bit more depth and detail to it because of the three dimensions.

The idea of roaming around a small town, searching for hidden truths and striving for a better day is universally identifiable. The way Kagami is depicted and the pacing further exemplifies the idea that we’re exploring a place lost in time. The thing is that with the way it is constructed, it can feel like coming home even if it isn’t home for the person playing it. The themes of trying to help your family and wander around a hometown are universal.

The Kids We Were is available on the Nintendo Switch and mobile devices. It will come to PCs on January 12, 2022. 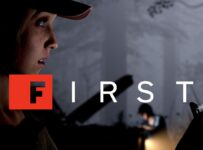 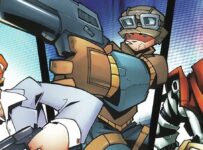 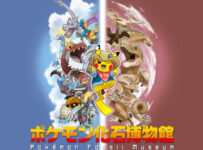 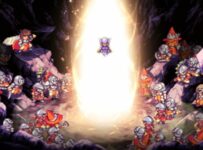 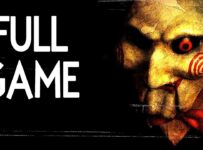