Digital Extremes has finally set a date for Warframe’s Angels of the Zariman expansion, with the free-to-play sci-fi shooter’s first big update of 2022 coming to all platforms on 27th April.

Angels of the Zariman focuses its multitude of new additions around the lore-critical Zariman Ten Zero, an Orokin ship that vanished during a Void-Jump accident. Front and centre of the update is a new instalment in Warframe’s single-player, story driven Cinematic Quest saga, which this time sets the scene by taking Tenno aboard the Zariman Ten Zero.

Then, once the mission is complete, players will gain access to Chrysalith, a new social hub onboard the Zariman, which introduces a range of new NPC, side missions, and objectives.

There are, for instance, three new procedural mission types – Void Flood, Void Cascade, and Void Armageddon – that can be accessed seamlessly from the new social hub without load screens. Digital Extremes gave Void Flood, an endless mission type with a focus on parkour, an airing in its previous developer livestream, and it’s now shared more on Void Cascade. This one’s described as a survival mission in which players battle against possessed Exolizers and Zariman Wraiths, all while grappling with decaying life support.

Additionally, players can acquire their own personal, customisable apartment (known as a Dormizone) aboard the Zariman. Intended to be a place where players can “take a break from the action and threats around them”, as Digital Extremes puts it, Dormizones can be decorated as desired and expanded using unlockable new rooms. It’s even possible to customise the view from apartment windows using new Vistagraphs. Your Dormizone away from home.

Elsewhere, there’s Gyre – a new electricity-themed Warframe that brings the total number of Warframes up to 49 – as well as new customisation options in the form of purchasable and earnable Void Shell skins (enabling players to add textures to each tint on their Warframe), plus new weapons that will ‘evolve’ by completing challenges in-game.

Tenno eager to explore the Zariman can do so from 27th April when Warframe’s latest update arrives on all platforms. Do note, however, that in order to experience the bulk of Angels of the Zariman’s new content, players will first need to have completed Warframe’s previous story missions: Vor’s Prize, Once Awake, The Archwing, Stolen Dreams, The New Strange, Natah, The Second Dream, The War Within, Chains of Harrow, Apostasy Prologue, The Sacrifice, Chimera Prologue, Rising Tide, “Prelude to War”, and The New War.

Expect all that to take around 30 hours from beginning to end, so if you haven’t done so already, now’s a good time to start. 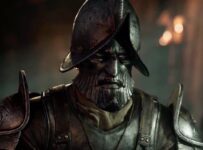 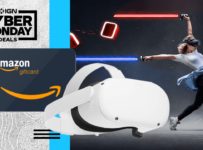 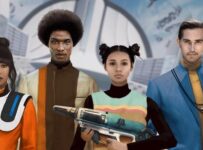 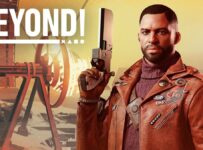 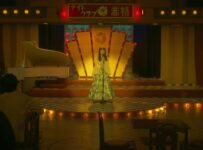 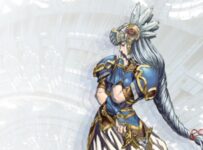