We’re quite excited to drop into the world of Soul Hackers 2, as we take in the neon lights, the technological advancements, the darkness of the shadows and the chance to put an end to the butterfly effect which is promising to deliver the fate of the world.

Soul Hackers 2 is available to purchase, download and enjoy right now as SEGA and ATLUS go about utilising all their knowledge in hope of providing a gaming experience like no other; one in which players will be thrust into a war between the Yatagarasu and the Phantom Society, as the power of the Demons is fully harnessed.

A game that focuses on world-ending disaster, it’ll be up to you to fall into the boots of Ringo in hope of saving humanity from utter disaster. It just so happens that things will play out through the supernatural RPG world that unfolds, as you work fusion combinations and lethal abilities as you go.

Soul Hackers 2 looks brilliant too, with the visual sheen complemented by the following key features…

With ATLUS previously behind the Shin Megami Tensei, Catherine and Persona series, hopes are extremely high for this one.

You’ll find that Soul Hackers comes in a variety of editions too. The Standard Edition will include the base game and the Persona 5 Phantom Thieves outfits for £49.99, whilst the Digital Deluxe Edition adds in the Bonus Story Arc: The Lost Numbers and the Booster Item Pack.

The big drop is that of the £74.99 Digital Premium Edition of Souls Hackers 2. This adds in the Bonus Demon Pack, the Costume & BGM Pack, that Pre-Order Bonus of the Persona 5 Phantom Thieves outfits, a Mary’s Maid Frock outfit and Ai-ho Demon.

The question is, how will you stop that butterfly effect?

Soul Hackers 2 is available from the Xbox Store for Xbox One and Xbox Series X|S, as well as on PS4, PS5 and PC.

Amidst the glimmer of neon lights, technological advancement causes humans to be consumed by commercial convenience. In the shadows, a war between the Yatagarasu and the Phantom Society is brewing, Devil Summoners who harness the otherworldly powers of “Demons”. Existing in the secret sea of humanity’s data, a digital hivemind has evolved into sentience: Aion. Observing humankind from afar, Aion calculates that a world-ending disaster is imminent and creates two agents to combat against it: Ringo and Figue. Together, these agents of Aion must investigate and prevent a butterfly effect that will lead to the end of the world. 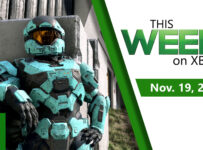 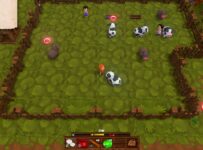 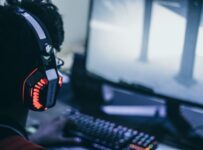 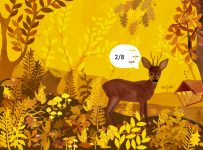 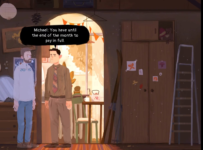