When Jesse, Jeremy, and the Studio Wildcard team first released Ark: Survival Evolved in 2015, we had no idea how big it would eventually become. It was beyond our wildest expectations that 7 years later we’d be developing an eons-spanning narrative across multiple games, a TV series, and starring none other than Vin Diesel as key Ark hero Santiago. And yet here we are, together with our wonderful players who have stuck with the Ark universe through thick (Ragnarok!!) and thin (Flyer Nerf??), now having a canvas far bigger than ever before. That’s what Ark 2 is, the biggest canvas ever for primal survival experiences, a next-generation framework to play out your own survival stories.

Ark 2’s main narrative tells the story of a father and a daughter, Meeka (played by Auli’i Cravalho), of betrayal and broken promises, and the strength of the family bond — and of course, it’s a story of awesome giant dinosaurs. But even more importantly, this is about players’ own stories — like any good persistent-world online survival game, Survivors in Ark 2 each have their own unique path through the game, as they form their own tribe, make their own friends, and attempt to build their own creature-aided civilization.

With Ark 2, we’re seeking not only to enhance the game’s narrative and world-building, but also retouch and improve on all aspects of what constitutes an Ark game.

Foremost among these redesigns are the core player mechanics. In the sequel, which is third-person only, controls and movement for both players and creatures have been completely redesigned. Taking inspiration from game systems like Assassin’s Creed’s automatic parkour and Breath of the Wild’s climbing, player characters can now clamber over the environment in a more realistic and freeform manner. With a focus on primitive-era combat (Santiago and Tek have a complicated relationship…), Ark 2 draws heavily from Souls-like action for its human-scale combat: an emphasis on dodges, blocks, light and heavy attacks, combos, and player-reflex skill — a rarity for the PvP survival genre. For creature-scale combat, suffice it to say for now that when you attack something with your T-Rex in Ark 2, the results are visceral: the animation of the attack actually hard-impacts on the target (not “passing through” it), the victim’s flesh is torn, and the target physically reacts at that location to the hit – all to convey the feeling of the raw power of such a ferocious creature!

Another area that we’re particularly excited about is the World Event system. Rather than simply having a more-or-less static environment with easily predictable or repetitive occurrences from the first game, the new World Event system is designed to ensure that unique things are always happening around the world, whether you are there or not. Events include procedurally-dynamic scenarios like watering hole gatherings, wounded creatures, tracking the signs of advanced prey, stampedes, herds, defending endangered creatures to earn their trust, finding dens of parent creatures and their young, and more. Whether you choose to engage with these events is up to you, and each can yield unique rewards and challenges.

There are too many other areas of fundamental changes in Ark 2, whether it’s the new opposing-force ‘Aratai’ who have their own tames, the new Creature Management & proper World Map systems, the advanced component-based item crafting that enables players to choose exactly what their gear looks and functions like from millions of potential combinations, or the revamped build system which provides innumerable more building options and enables saving & sharing of build templates — or, or….well, there’s just too much to go over here! You’ll get your first preview of the Ark 2 gameplay down the road, and we think you’ll like what you see.

Finally, saving perhaps the best for last, Ark 2 adds a revolutionary new feature for consoles players: fully stackable, user-created mods, including on unofficial servers, for the Xbox version of the game enabled through official mod support by mod.io! This means that players who create mods using the PC version will be able to upload them to the cloud and make them available for all console players to enjoy as well. With this, as we’ve seen with Ark on PC, everything in the game can effectively be changed, improved, and redesigned: new creatures, new game types, new maps, new weapons & items, and mechanics (yes modders can re-add a first-person mode). With the power of Unreal Engine 5, the only limit will be the imagination of the content creators themselves. We’re super stoked to witness the mind-blowing additions that players will no doubt create in their mods and maps — and we believe that having all such user generated content playable on console in Ark 2, with complete cross-platform server integration, is going to change the nature of the genre forever.

Put simply: with Ark 2, our goal is to make the game that we all wanted Ark to be — now that we’ve had the time, resources, and knowledge to do it right. Next year, when Ark 2 launches with Xbox Game Pass and PC Game Pass, we’ll look forward to seeing you all in this new world of primeval creatures and legendary heroes. Just keep an eye out there for Vin — he likes to play on his Xbox Series X more than you might expect, and his skill at wrangling a Giga is unequaled. 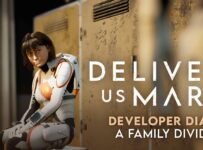 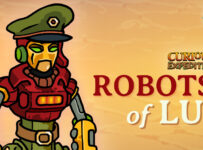 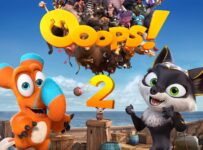 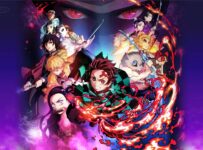 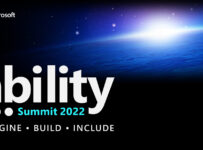 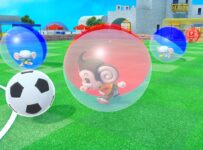