We’ve been treated to a whole host of Outbreak titles over the years, with recent Xbox Series X|S optimised version following in more recent months. But there’s more to come from the Dead Drop Studios team, as they continue the Outbreak saga with release of Outbreak: Contagious Memories.

Playing out as a homage to the 1990’s survival horror that everyone knows and loves (everyone, yeah!?), Outbreak: Contagious Memories is the latest in the Outbreak franchise, throwing players on Xbox One, Xbox Series X|S, PS4, PS5, Nintendo Switch and PC (Steam) into the midst of a catastrophic zombie apocalypse.

Priced at £24.99 and available with Xbox Smart Delivery (play the finest version for your own specific Xbox console) and fully optimised for next-gen Xbox Series X|S, Outbreak: Contagious Memories should well be able to scratch any Resident Evil or Silent Hill itch.

Whether you’ve played the previous games or not (and there’s been a lot of them), Outbreak: Contagious Memories sees you joining Lydia as she awakens in an old warehouse. Fast becoming the leader of a merry band of survivors, it’s up to you to help Lydia and her crew make it to safety, working through a variety of environmental puzzles and past hordes of the undead in order to find an escape.

The more you get involved in with Outbreak: Contagious Memories, the more you’lll unlock too. Additional game modes and cheats lay behind progress and completion of numerous challenges, whilst a fully integrated cooperative mode sits in place for those looking for a bit of hand-holding.

Throw in the choice of first, third or fixed cameras, additional missions and operations and enough undead and mutated beasts that you’ll rarely have time to breathe, and there’s promise that Outbreak: Contagious Memories could well be the finest Outbreak title yet.

Evan Wolbach, Founder of Dead Drop Studios said: “Outbreak: Contagious Memories is the realization of my goal that started the series: create a true spiritual successor to ’90s survival horror games where intricate puzzle solving and intense combat come together. A true homage to the genre, you’ll find cheesy voiceovers, cutscenes, gory combat, intense resource management and crushing difficulty. This has been expertly married with a visual style ripped straight from the ’90s and coated with next-gen flourishes modern gamers will appreciate.”

Key features which are worth pointing out include:

Stay tuned for our full review of Outbreak: Contagious Memories  on Xbox Series X|S. Until then, pick up the game for yourself from the Xbox Store for Xbox One and Xbox Series X|S. You’ll find it on the digital stores of PlayStation, Switch and PC too.

Outbreak: Contagious Memories is a send-up to classic 90’s horror series like Resident Evil and Silent Hill where your survival will be determined by moment-to-moment decisions, what you decide to carry, and how good you are at spotting conveniently written notes. After being knocked unconscious, Lydia awakens in an abandoned warehouse as fellow survivors debate leaving her behind. Not one to play the helpless maiden, Lydia takes charge, forging a path through crafty environmental puzzles and hordes of the undead to figure out a way for her and her fellow survivors to escape the city. Resources are scarce, is it worth that extra bullet to take down a zombie? Or maybe you should take a risk and try to dodge it. You will have to think on your feet and decide how best to approach every situation. A bullet saved is a bullet earned, but medical supplies are hard to come by in undead uprisings. It’s a nightmare scenario, but you don’t have to go it alone, grab a friend and work together to escape the city in fully integrated co-op, and look at any scenario from the perspective that suits you with fully integrated 1st person, 3rd person, and fixed cameras. Escape the zombie outbreak your way! Still hungry for more? With plenty of unlockable bonus content like Operation: Rabid Wolf, work with your friends or compete against them, whether it’s fighting through the city to rescue survivors, or to beat the main game in record time with nothing but your fists. With plenty of additional content to unlock, one run won’t be enough to see everything Outbreak: Contagious Memories has to offer. 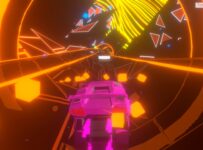 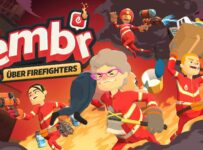 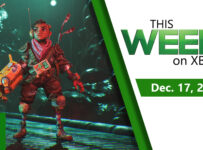 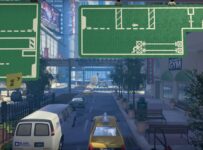 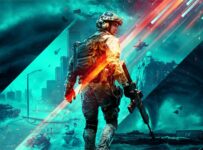 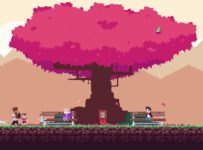