We know you’re busy and might miss out on all the exciting things we’re talking about on Xbox Wire every week. If you’ve got a few minutes, we can help remedy that. We’ve pared down the past week’s news into one easy-to-digest article for all things Xbox! Or, if you’d rather watch than read, you can feast your eyes on our weekly video show above. Come back every Friday to find out what’s happening This Week on Xbox!

Coming Soon to Xbox Game Pass: NBA 2K21, Football Manager 2021, and More
It’s time to break out the foam fingers! We’re kicking off March with some of the most celebrated video game sports franchises. To give you a replay, Madden NFL 21just joined the Xbox Game Pass Ultimate library with EA Play (plus a few more games will hit The Play List… Read more

Two Point Hospital: Jumbo Edition Available Today on Xbox
Look, we get it. You’re a pro hospital administrator. You can whip a healthcare institution into shape at a moment’s notice. Queues of people line up in an orderly fashion to be seen by your top docs, who successfully diagnose them in mere seconds before… Read more

Save Up to 75% During the Ubisoft Publisher Sale on the Xbox Store
Are you ready to feel the rush of raiding with Vikings in Assassin’s Creed Valhalla? Maybe it’s time to absorb the breathtaking views of Montana in Far Cry 5, or traverse the streets of a near-future London with your hacker crew in Watch Dogs: Legion? Perhaps you… Read more

Creating the Mythical Nissan Z Proto in Project CARS 3: Power Pack DLC
The Nissan Z Proto is an exciting car for racing fans. There’s a myth that surrounds the Nissan Z series of cars, ever since the original Nissan 240Z from the ’60s came to the US and Europe and taught everyone a lesson about how to make affordable and brilliant-handling sports… Read more

Kill It With Fire Available Now on Xbox One
I’m thrilled to announce that Kill It With Fire is now available on Xbox One! It’s full of insidious spiders, an increasingly ridiculous arsenal, and incredibly intricate (yet flammable) environments. It’s also full of objectives, puzzles, challenges, secrets, two different… Read more

Sugar Glider Adventure Away: The Survival Series is Coming to Xbox in 2021
Ever wondered what it would be like to explore nature as a small animal? We wondered that too, so five years ago we set out to make an adventure game where you play as a tiny sugar glider. It’s been a long time in the making, but as we approach the game’s release… Read more

Monster Jam Steel Titans 2 Lands on Xbox One Today
Monster Jam has captured the imaginations of legions of fans for nearly 30 years, with a massive roster of truck designs, each more spectacular than the last. From sparkly unicorns and fluffy, pink puppies to designs inspired by soldiers, aliens and zombies, there is no way… Read more

Next Week on Xbox: March 8 to 12
Welcome to Next Week on Xbox! Here we cover all the new games coming soon to Xbox Series X|S, Xbox One, and Windows 10 PC as well as upcoming Xbox Game Pass and soon-to-be released ID@Xbox titles! Get more details on the games below and click their… Read more

Grab a Mask and Rule the World in Covered
Don’t ever stop dreaming. If you are anything like me, you’ve been dreaming about superpowers, aliens, and secret societies since you were eight. Here’s a game with a little bit of everything mixed in a weird world looking a lot like a third-world country. Ok, I know… Read more 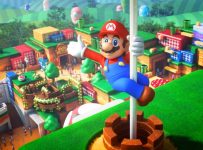 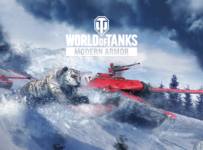 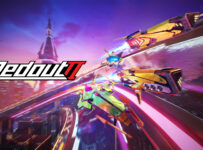 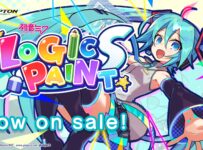 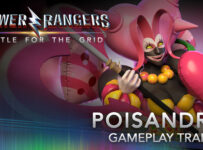